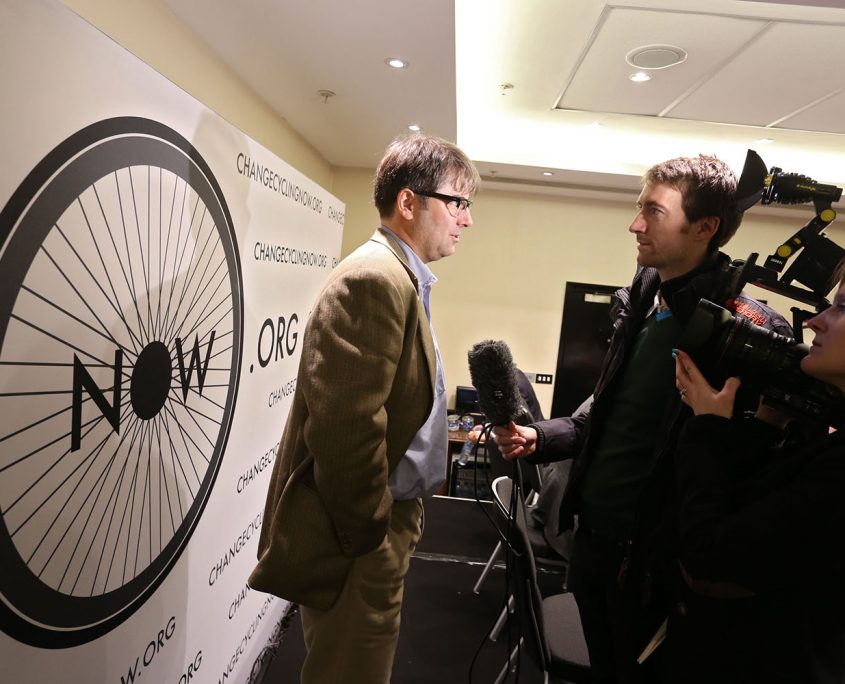 In 2012, we worked with SKINS to create a media relations’ programme that highlighted an international call for reform within world cycling in the wake of the Lance Armstrong doping scandal.

Working directly with company Chairman, Jaimie Fuller, we assisted in the creation of a new pressure group; Change Cycling Now and exclusively promoted its activities with SKINS and Fuller as the main focal point.

The group included Tour de France winner, Greg LeMond, (pictured) and a strategy was created for a ‘flagship’ press event which highlighted the passion of SKINS to rid world cycling of corruption and anti-competitive practices. The campaign concurrently promoted the company’s mantra; ‘The True Spirit of Competition.’

Meeting collateral and press strategy was prepared and the two-day summit in London was followed with an internationally attended press conference.

A programme of one-to-one interviews was created for Jaimie Fuller and organisations based in all continents were served with live or recorded broadcast material via satellite and question and answer sessions via the internet..

More of our work with SKINS