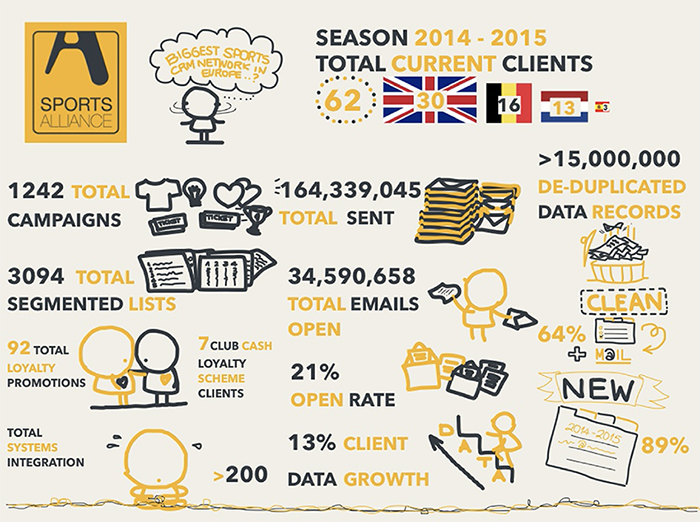 DATA. THE BIGGER THE PLATE, THE MORE YOU CAN EAT!

I’m not claiming exclusivity on the view that a collective is cumulatively worth more than the sum of its individual parts. But it is an industry truism that as businesses add to the depth of their client base, so everyone in the ‘family’ benefits from the deeper analysis that is possible as a consequence. For me, it has rarely been more apparent than it is now.

As a student way back in the dark ages, my focus was always around quantative analysis and the benefits of using the results to develop messaging and to manage personal relationships. I wanted to know how it could help develop relationships and customer understanding and ultimately drive sales. My first degree at Yale University, covered detailed textual analysis and since obtaining my first degree in 1988, I’ve been involved with it ever since. Eventually, the inception of Sports Alliance became a natural step and driving content and ultimately sales through data analysis is what it’s all about.

Now, with graduation nothing but a distant, black and white memory, a decade of Sports Alliance activity has created a model of exponential benefit that is becoming ever-more obvious. As we work with our existing clients, we do so in a manner that, hopefully creates interest from elsewhere. When that interest develops into new business, as it has with Port Vale, Peterborough and Hampshire CCC, the picture that all of us are looking at becomes ever clearer and enjoys an increased depth. And so the cycle goes on and naturally, here I am writing blogs about it!

I’m extremely excited about the work we’re doing with Queens Park Rangers at the moment. I’m not defaming an important client when I state the obvious and say it hasn’t been the best of seasons at Loftus Road, but the work being done in preparation for next year is certainly Premier League stuff in my book.

We’ve been working with QPR on a campaign which went live on Friday (10th May 2015) and the immediate response rates for the renewal process reflected tremendous pick up and sales which surpassed the initial numbers from the club’s recent promotion season. The on-line campaign focuses on a personal web page for EVERY supporter who engages. It provides an end-to-end messaging process that is completely dynamic during the supporter journey.

The profiling that enables QPR to market in this way, begins at the moment of ANY initial purchase and the information gathering creates that moment when the whole marketing message is turned on its head. It no longer becomes a case of selling “what we need to get rid of” but marketing “what we know is expected”.

On a more general basis, the initial purchasing information that let’s club’s begin the profiling process is the first step towards longer-term opportunities too. Effectively, once a supporter is on the road of a purchase he or she is also on the road to membership, loyalty and ‘belonging.’ And when you start to create a community of people, that’s when you can present individual match opportunities and, in time, increase the propensity of them becoming members or season ticket holders. risk banding also allows you to shape messaging accordingly and yes, the list of possibilities is almost endless.

The work with QPR is the latest move on the work we’ve done with the likes of Tottenham on Single Sign On and with Aston Villa on maximising the human element of outbound calling. In Villa’s case, for example, the tele-sales plan was a very successful tool within their own strategy which is why it’s being used again for next season’s sales process.

This blog was originally written and distributed on behalf of client, Sports Alliance and its M.D. Anthony Khan.

Anthony Khan, BA, MBA, was one of the key pioneers of Sports Alliance and its singular approach to data analysis and utilisation. He studied at Yale University in Connecticut between 1984 and 1988 and with one of the world’s foremost business schools, INSEAD.in 1992. He is married with three children and regularly uses his academic skills domestically to assist with GCSE prep work.

More of our work with Sports Alliance 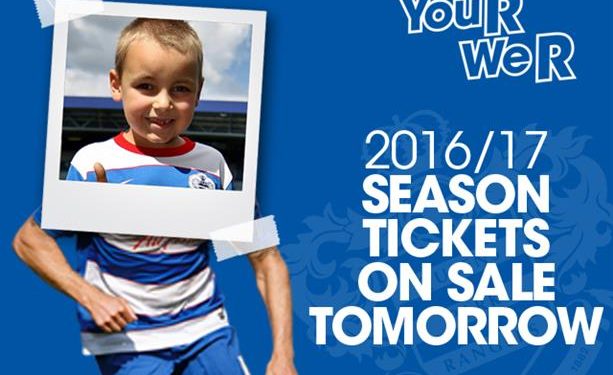